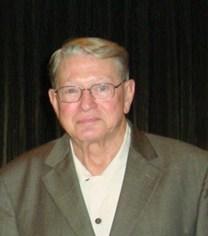 He was born on March 1, 1933 in Fort Lauderdale, FL to the late Harl Reed and Laura Alsolena (Whelan) Barlitt. He was an aircraft technician and retired from the Ohio ARMY National Guard, served in the U S NAVY, the AIR FORCE Reserves and was actively involved in the Johnstown Independent Baptist Church.

Memorial Services will be held at 10:00 a.m. on Wednesday, October 2, 2013 at The Johnstown Independent Baptist Church 7937 Johnstown-Alexandria Road, Johnstown, with Pastor Dan Scarberry officiating. Inurnment will be at a later date in Blendon Township Cemetery in Westerville. Calling hours will be on Tuesday from 6:00 p.m. to 8:00 p.m. at the church. Memorial contributions may be made to Mt. Carmel Hospice or to the church.

Crouse-Kauber-Sammons Funeral Home, 225 North Main Street, Johnstown, Ohio is in charge of arrangements. There will be an online memorial atwww.cksammons.com.

Paula, Carla, Bryan and Travis I am deeply sorry to hear about your Dad’s passing. I have bumped into him several times the past few years up in town (as I too live in Johnstown now). It was always good to catch up with him after all these years. I am sorry I missed paying my respects in person. It would have been great to catch up with all of you. You all remain in my thoughts. Your old neighbor, Doug McKinney

I have known Richard my whole life growing up in Ft. Lauderdale but only saw him in recent years at our class reunions. April 2013 was an opportunity to have wonderful talks and share moments of caring. He really wanted to say thanks to his longest dear friends and give his goodbyes. A special friend was he.

Your family remains in our thoughts and prayers. We hope you find strength in his love that remains in your heart.

My heart goes out to Pappy’s family. I had the pleasure and honor of working with him for many years. He had a tender heart and helped all. I will miss him!!!

I know you are walking with the Angels dear Father. Love and miss you dearly. Love your daughter Paula

Thoughts and prayers with you and your family Megan~So very sorry. Love and hugs~Jenn Martin

I’m so sorry we couldn’t be there to celebrate the life of Uncle Dick and to say our “see ya laters” to him in person. He will always be remembered with a smile on his face, and a deep love for his children and for Aunt Rita. I know he is rejoicing in Heaven with his Savior, the love of his life, and the countless ones who he loved that left this world before him.

I will miss “Pappy”. He was a dear friend and co-worker. He was always there when anyone needed help and his presents will be missed by all who had the pleasure of knowing him. We never had to worry about flying in helicopters that Pappy had repaired. My deepest condolences to all his family.

It is with a heavy hart that I learned about Pappy’s passing. He was a great mechanic and friend.

Dick was a great fellow and helped me a lot learning about helicopters. A good American.