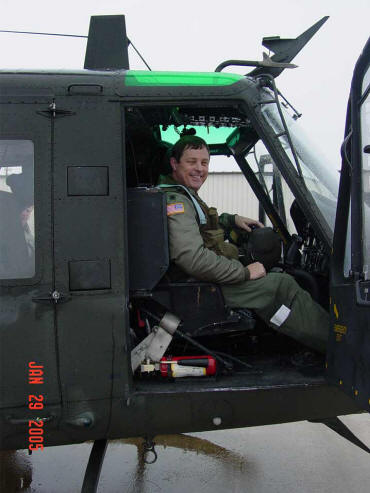 Larry lived by a code of honor and was a good and decent man. You could count on him for help, and he spoke up for those without a voice. He was a loving husband, father, neighbor and friend and he will be missed by everyone.

Larry earned his Eagle Scout award at the age of 14, the youngest in Ohio at that time. He was a scholar-athlete and 1976 graduate of Northland High School. He graduated from The Ohio State University with a B.S.I.S.E. in 1981. Larry served his country for more than 31 years. He was passionate about flying. He loved flying helicopters for the US Army and the Ohio Army National Guard. Larry achieved the rank of Lieutenant Colonel and received the following awards: Army Reserve Component Achievement Medal with one Silver Oak Leaf Cluster, National Defense Service Medal, Global War on Terrorism Service Medal, Army Service Ribbon, Overseas Service Ribbon, Master Aviator Badge, and Air Assault Badge. During Larry’s 3 1/2 year tenure with the US Army in Schwaebisch Hall, Germany, he made lifelong family friends in the Army and in the German community. During his service, Larry served a 2 1/2 year tour in Iraq in support of Operation Iraqi Freedom. Larry worked in multiple capacities in the civilian world, including positions with Liebert Global Systems and Emerson Network Power. His most treasured experiences were those involving international business. Larry was very active in the international community in Columbus, and he was a true goodwill ambassador. He traveled frequently for work and he treasured his experiences traveling to other countries.

The family would like everyone to please spread the word about www.veteranscrisisline.net.